Looking for Hope after A Year of Terrible, Horrible, No Good Very Bad Things.....

November. The best month of the year. Nobody can argue this really, it's just fact. It is not just because it's my Birthday Month (November 17th in case you were desperate to know) but because the colors in Southern Oregon are gorgeous, the mornings and evenings crisp and the days of much needed rain (hopefully) come. It's also the month of Thanksgiving and where we focus maybe a bit more intentionally on gratitude, on hope, and being thankful for what we have.

It may be a bit tougher to search for those things this year than in years past. I know for me that November of 2019 marked the start of the beginning of a terrible, horrible, no good very bad season that continues on even now. I had back surgery the week of Thanksgiving.

Back surgery was needed, but recovery was harder than I expected and it was a major bummer to miss out on Thanksgiving with our family. Fast forward to Christmas Day when we had to take Trevor to the ER because he was so sick (thank you so much for ruining that day influenza). He never even got to see my sister and her future husband while she was here. Christmas was not the same.

January 2021 we were in the full swing of pastoral transition at church which was good, just a lot. In February I left my job at Abe Lincoln where I had worked for 4 years in Kindergarten to accept the role of Elementary Families Pastor at our church. This was a huge shift for our family and for me. A prayed about, longed for change but a change none the less. About a month later, our amazing Kids Pastor accepted a position in Illinois at a church which is much closer to their family. While super excited for him and his family, I was freaking out on the inside. I was just hired! What am I doing!? And then the next week....we closed our church building doors as we entered into COVID season and life as we knew it would change,  including our kids basically being done with school for the rest of the year.

April brought quarantine and social distancing, the official goodbye to our friends moving to Illinois and celebrating Easter by ourselves. No church, no extended family....what a weird Easter. Later this month  I had a colonoscopy after concerning symptoms I had had intermittently became constant. This revealed polyps, one which looked suspicious and one that was too large to be removed during the procedure so surgery was imminent. Add to that, our former foster daughter's bio Dad flipped out on us and we could tell he had most likely relapsed and our future relationship with her became unclear.

In May we said goodbye to several friends in ministry, some moved far away, some just deciding to go a different route. Either way it was hard. And then I had surgery. It was supposed to be a quick laparoscopic surgery and the colonoscopy biopsy said things were not cancer so we weren't super concerned. Unfortunately I had to be completely cut open and spent an unexpected week in the hospital which turned out to be an incredibly traumatic experience. In June, a week after I got home we found out I had cancer. Both polyps were cancerous and out of the 28 lymph nodes, one was positive so that meant chemo. The larger polyp's location was such that radiation would be required. I was started on anti-anxiety meds and began counseling due to my hospital experience and my diagnosis. My Grandma also had a bad fall while I was in the hospital and she herself was admitted. It could have been much worse had her friend not found her when she did.

July was when I started 5 weeks of radiation. Monday through Friday while taking oral chemo on those days. My Grandma moved from her home into a retirement home and we said goodbye to her house that holds so much of my childhood memories. It was a hard goodbye. August only brought the death of Jack's favorite fish so I guess that was a reprieve?

In September fires tore through our community, absolutely devastating our valley. We had to evacuate our home twice which was super traumatic for our kids and we are still working through it. I had surgery to place my port for IV chemo, began chemotherapy started a college class AND the boys started school fully online as well.

In October my Grandma was in the hospital again, more ministry goodbyes happened and worst of all our sweet girl was placed back into foster care and we could not take her in. Oh yeah, and COVID is still wreaking havoc on our mental and emotional health as it is for everyone.

To say the past year has been hard would be an understatement. I don't give a play by play for sympathy, but because this is my space I write it down so that someday....SOMEDAY, I can look back and see where God was at work, I can look back and thank Him for sustaining us and being faithful in the hardest times of our lives.

I don't know what November 2020 holds other than more chemo (including on my birthday), but there are some things I do know..... 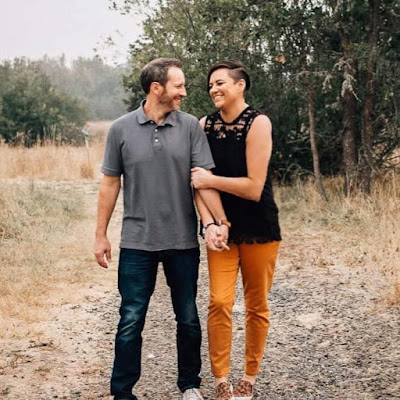