July 16, 2014
I didn't start running until after I was married. My Dad asked me to join him on a run and so I did. I never ran by myself except at the 5k races we did together. I always ran with my Dad. I loved running with him. We never went very fast and we got to talk a lot. I enjoyed my time with him.

Fast forward 10 plus years, a baby, a miscarriage, twins, a c-section and ankle surgery later...and I have ran a Half-Marathon and am 11 days shy of my second one. There were times during this training I wanted to quit running. I really actually don't like running. I never feel totally awesome during a run and unlike so many people, I don't pray or process things internally while I run. In fact, my mind is blank while I run. There is literally nothing going on in there during a run, which is why when I run alone I listen to music. I do enjoy the feeling when I'm done and my body has worked hard and I see the calories I've burned and the tone in my legs but I really don't even enjoy it while I'm doing it.

I've had some crappy runs this time around in my training, and some slow runs too. You know when those happened? When I was running alone. My longer runs, the ones that should be slower....I have run all of those with one of my best friends Amy. My pace is consistently faster with her (she slows down for me) I can carry on a conversation with her and we process a lot of stuff on those long runs. I feel great after I'm done and I don't dread running.

I've realized that I don't really like the running for the running, but I like doing it with people that I want to spend time with. You can get a lot of ground covered over a 10 mile run and I always feel lighter when it's over (maybe that's the 1,500 calories I burned too). It's like therapy.


I have a hard time getting up in the morning to run alone. If I'm meeting someone it happens, but if I'm left up to my own accountability and my headphones it's harder for me to.

I don't like small talk. I don't like surface conversations. When you're on a run you don't waste your breath with that stuff. You dig in and get down to the grit. You're already smelly, sweaty and makeupless so that front is out the door. I like that part of it too. There is no place for facades when you're running.


I don't think I will ever enjoy running just to run. Maybe I'm not a true runner then. I'm okay with that. I'll stick with running as a way of connection and relationship and the changes in my heart and body just come as extras. So thanks Dad, for asking me to run. And thanks Amy for keeping me at it. 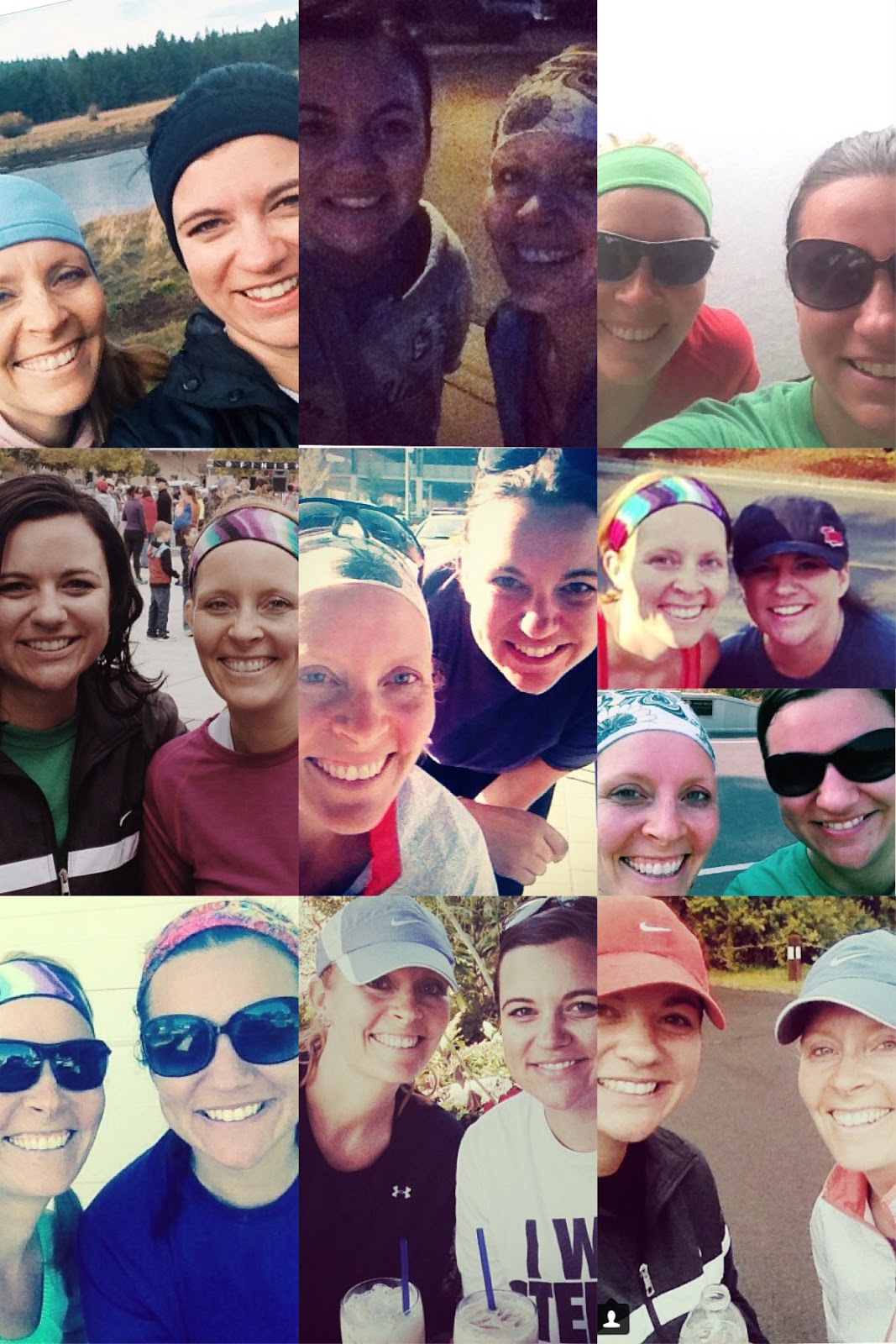 A little over a year's worth of Post-Run Selfies