Going to a Park: A Defining Moment

There are a few things that are just flat out harder with twins. Okay, well most things are. It's just different. I don't expect everyone to understand, you really can't. Just know that "close in age" and "irish twins" and all that just doesn't even come close to actual twins. It just doesn't. Come spend a week with me and you will see.


That said, parks have been the opposite of fun for us. I have not been able to take them all to the park alone because

1) All three would go in different directions
2) They had no sense of danger, as in they would walk off the top of a high ledge without batting an eye
3) All three would go in different directions
4) Leaving the park was a nightmare because physically gathering up the screaming because they don't want to leave little people was near impossible
5) One would want to swing while the other wanted to climb and slide and the other would want to run the other way

It was just not fun. It was exhausting and insane and all my twin mama's say amen.


This week the weather has been gorgeous in Southern Oregon and we live around the corner from a park. We decided to head out after naps. We walked. All three boys held hands and didn't run into the street. They headed for all of the play things and I sat down in the grass and watched.

I sat down and watched.

It was a defining moment for me. I remember thinking, this is never going to get easy, and in many ways it hasn't nor will it look like a "normal easy" ever, because hello I have twins and a singleton. But this, this was a huge moment for me to say, we have reached a place in their ages and understanding where these kinds of things will start to happen more regularly and it is so great. Especially for Jack who has kinda gotten the brunt of life with twins, and not doing all the normal type things because it's either way to hard or impossible.

I am so looking forward to this summer and to this next chapter in life. 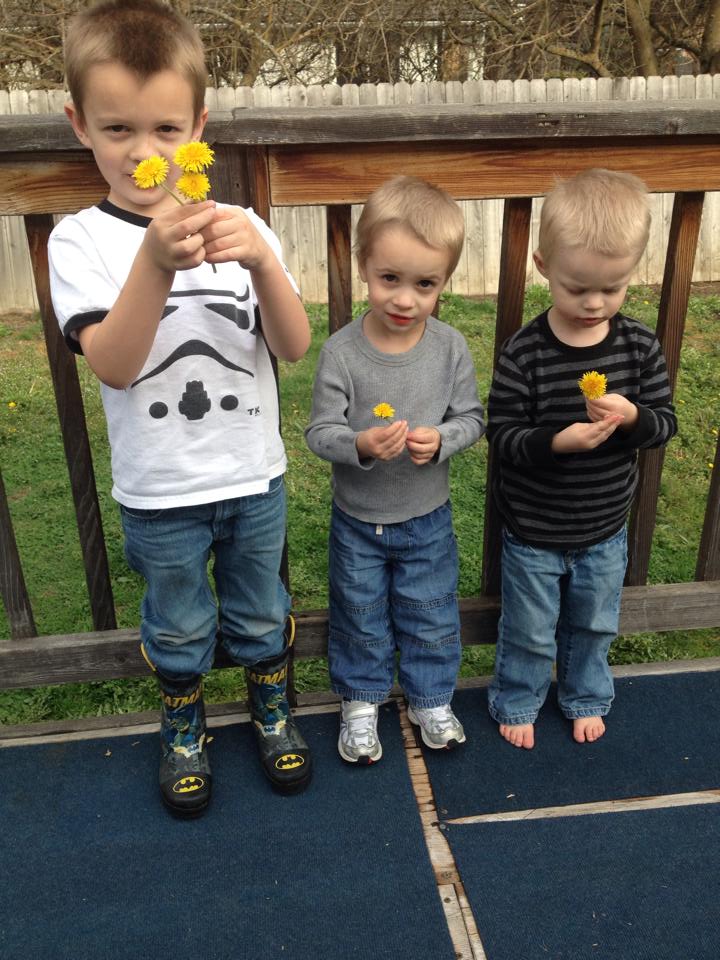 PS: While I was writing this, Christian escaped into the garage, climbed into the van and opened the garage door. If my keys had been in the car, you can bet he would have started it and figured out how to get it moving. Keepin it real.