I ran a Half-Marathon!

September 23, 2013
Yesterday I did something I never in a million years thought I would or could. I ran a half-marathon.


Over the past few years I have started and stopped running for a multitude of reasons, including having three kids in under three years. I ran a 10 mile run in April of 2012 but it wasn't great, and I didn't feel great about it.

I ran through a lot of pain last fall which landed me with a stress fracture and a significant amount of time off of running. That was followed by ankle surgery for a bone fragment that found it's way into my ankle joints, ouch. I knew I needed a goal once I was cleared to run again so I set my sights on the Rogue Run Half-Marathon.

I found two training plans that would literally take me from the moment I was cleared to the day of the half, not allowing any wiggle room. The first was the Couch-to-5k program which got me on my feet and up to 3.1 miles. The next would take me from there to the half.

I can't recommend the Couch-to-5k highly enough. This is for people who have never run in their lives, who think they cannot. Guess what, you can! It's amazing over the course of 8 weeks what you will be able to accomplish. Most of running is mental, if you think you can't, you won't.

I was cruising along, short runs during the week and long runs on the weekend. My friend is training for a full-marathon (yeah she crazy) so we did a lot of our long runs together, me joining her for the second half of her longest run so we could both get our long miles in!

Three weeks out from the run, my shins and calves cried out in pain and I was sidelined with shin splints. This is the same pain I felt last fall and pushed through only to find myself with a stress fracture, so I stopped running. I went and had my shoes looked at and they were a great shoe, but when I started adding lots of mileage, the support wasn't there for my high-arched neutral foot.

So, I ordered new shoes and didn't run. For two full weeks. I iced, stretched and rested. I know the difference between muscle fatigue and standard running pain, but this was indeed different and I'm so glad I listened to my body. 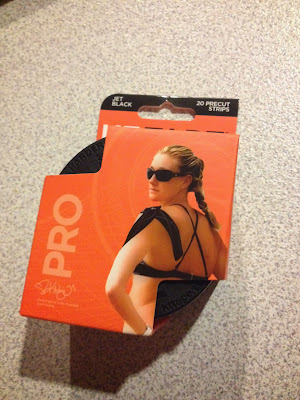 The night before the race I was nervous. I knew that I would know within a few steps if I was going to be able to run the race or if I would be forced to walk it. I had my brand new shoes on that I had never run in before and Trevor had taped me up with KT Pro tape the night before. 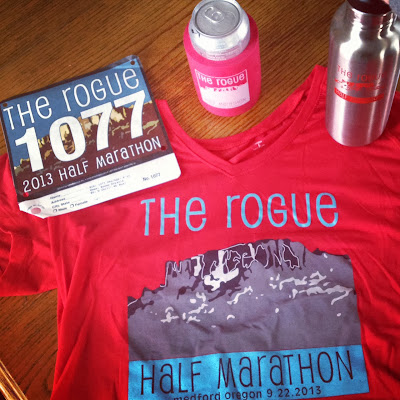 Just a quarter mile in, I knew I was golden. I had ZERO shin and calf pain the entire time!! I was a bit fatigued from not running in two weeks, but the first 6 miles felt great. Mile 7 was my first mentral wall I had to push past. After I hit 10 miles I realized this was the farthest I had ever run in my life!

Mile 10-11 were the hardest, take a few extra short walk breaks and then at mile 12 my knee started to hurt which it never had before (ended up being IT band pain from losing my form after being fatigued)

Mile 12 was almost done, and I so wanted to stop and walk. My friend helped me keep pushing and I kept asking, "Where is the finish??" She kept me looking ahead and I could finally see the corner to round and the finish line!

I rounded the corner, and realized that I was almost done. I saw my Mom, Dad, Sister, Husband and my three boys waiting for me right by the finish line. I gave the smallest bit of extra I had and crossed the line!

I did it!!! After grabbing a water, I found my family and their hugs and when I saw Trev I started to tear up. He thought I was putting on a happy face but that I was in serious pain...I was hurting, but my tears were the emotional release of being able to run and finish the race!

I honestly could not have done it without my friend Amy. She gently encouraged me and pushed me, and I couldn't have asked for a better running partner. She's far faster than I am, but she stayed with my pace the whole time. The best part is, she's like this in every day life as well. A constant encouragement and someone who pushes me to be better in every area.

My sweet husband spoiled me the rest of the day as my body was just so dead tired and sore.

I did it. I ran a half-marathon. Before I turned 30, post surgery and stress fractures.

It was hard. It was not easy. I couldn't have gone a step further. My body hurts today. But what a great feeling, to have accomplished what I set out to do!