This time last year it was way rainy and yucky. We've had our thunderstorms the last week, but for the most part this spring has been sunny and lovely!
The boys are loving being outside and roaming the big backyard.

This is the first time we've been able to let them off our deck to roam, and they are loving exploring. I think they like it better when Daddy is outside because they dig and pull weeds and that's more fun than chalk and bubbles apparently.


Jack has 3 weeks left of Preschool! He loves going, so I know he will miss it over the summer but it will be nice to not work around the schedule for a few months! 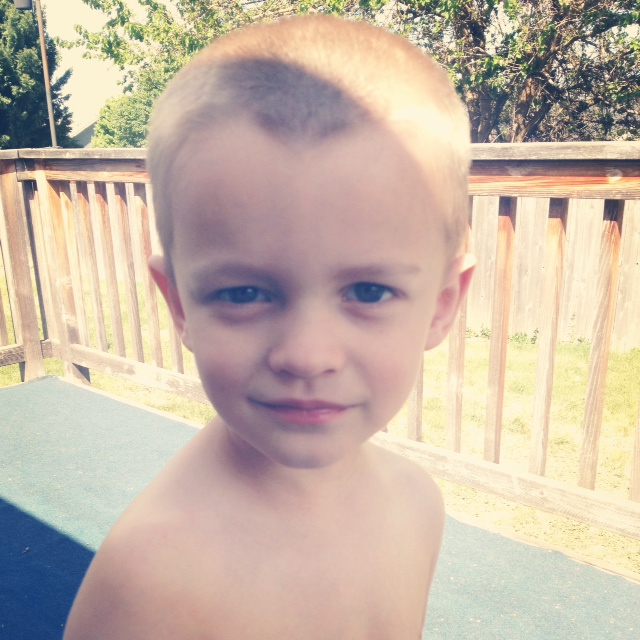 He was interviewed for a "kid's focus day" at church and I didn't know about it. They played the video and I totally cried.
Teacher: "Jack, what is your favorite Bible story?"
Jack " I like David and the giant and Jonah and the Whale too"
Teacher: "Why do you like Jonah and the Whale?"
Jack: "Because he prayed and then listened to God even after he was naughty"
Teacher: "Jack, what is Heaven like?"
Jack: "Well, Heaven is like a home..."
Died. Right there. He's LISTENING!!!!!

The twins are so vocal and hold these insane conversations, and with each other and other people. It's crazy how much they talk.

They have the best manners and are always saying "bless you" when you sneeze.

We have some fun months ahead!

I get to go away with a good friend next weekend to the coast for a few days. So looking forward to this little retreat!

At the end of the month Trevor and I are going to Disneyland WITHOUT the kids! WAHOO!

Happy 10 Year Anniversary to us!
We of course, aren't telling Jack until we get home haha.

June brings a little trip to Portland with my Mom to do two Trades of Hope parties! I get to see my best friend, and hopefully eat where she is working! She just graduated top of her class in culinary school and will be working at a fabulous restaurant in downtown Portland. She's pretty amazing.


A little ankle updation:
I am doing really well and have begun doing a run/walk program to rehab myself! Hoping to be running 3 miles 3x a week in 6 weeks. So far it's feeling great!
My ultimate goal is the Half-Marathon I signed up for in September!!!