March 13, 2013
I've shared before my dream for opening a house for Teen Mom's or Mom's who otherwise have no place to go.

Either in the U.S. or another country, at some point I know it will happen.

Mercy House Kenya is one such house and I am honored to share with you today about it!

Here is a quick history of Mercy House as told on their website:

The Welch Family
"We are just a simple family who said yes when God asked." Terrell and Kristen have been married for 17 years and are raising three children. Kristen writes the parenting blog, We are THAT family.
In March of 2010, she traveled to Kenya, Africa, with Compassion International, the world's largest child sponsorship program, to blog their relief efforts in the slums of Nairobi. She was especially burdened visiting Mathare Valley, one of Africa's largest slums. Just days after returning home, Kristen read a heartbreaking article by CNN about the large number of backstreet abortions by girls forced into prostitution to feed their families.
Maureen Owino
While in Kenya, Kristen met Maureen, one of Compassion's leadership graduates, a former sponsored child. Maureen is single, 27 years old and speaks 5 languages. She traveled to the Unites States in the summer of 2010 on behalf of Compassion International to speak to thousands of students at Student Life Camps. Her moving life story led to the sponsorship of more than a thousand impoverished children.
She has since become a very dear friend of the Welch family. Just weeks after returning from Africa, Kristen emailed Maureen and asked if she knew of any ministries reaching out or offering an alternative to the young girls having backstreet abortions. She didn't know of any.

Maureen partnered with Terrell and Kristen to pray specifically about these precious girls. Four months later, God spoke to Maureen's heart and birthed a vision to help these girls. When Maureen emailed Kristen with this news, both knew that God was beginning a good work. The Welch family lives in America and mobilize people to give with the help of supportive friends, family and blog readers.  Maureen is in Kenya with the language, education, leadership skills and the heart to be the hands of feet of Jesus.
In the summer of 2010, The Mercy Maternity House was formed to support the work Maureen will be doing. Maureen is the full-time as the Executive Director of Rehema House (word for mercy in Swahili) in Kenya. While she works in Africa, The Welch family raise money and awareness while supporting Maureen and her staff.
As of November 2012, the maternity home houses 8 girls and 8 babies and a handful of staff members. We give glory to God for all that He has done and we covet your prayers.

Talk about being on the same page right?! Mercy House has a "Mercy Shop" which supports the house. The items they sell support the house and it's girls and many of the items are made by the women in the house itself (LOVE!)
I was sent two items to review and I love them both! The first is a bag made by the women of Freeset! Freeset has partnered with Mercy House, so not only are you providing for Mercy House but also for the women from Freeset who have escaped sex trafficking in Calcutta, India! 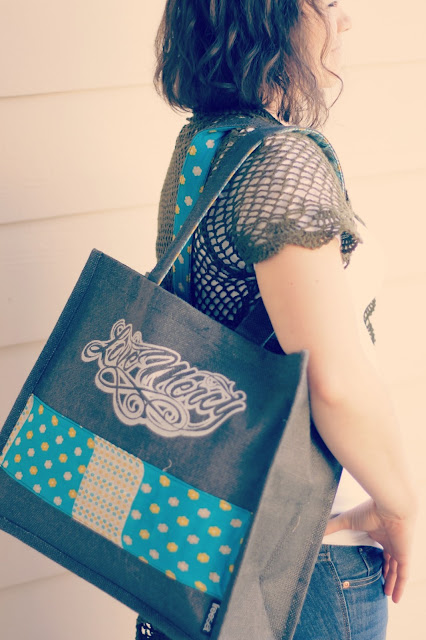 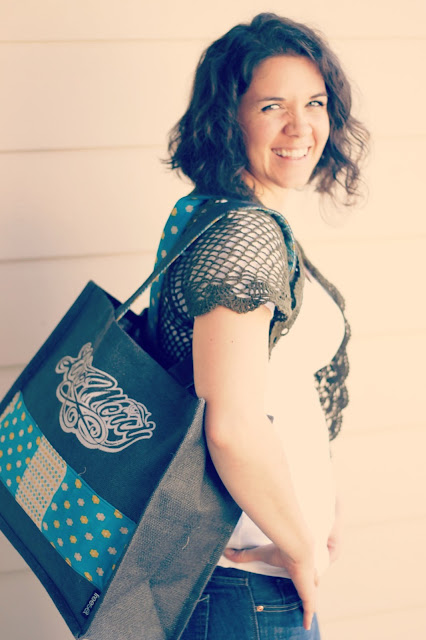 These bags are super roomy and stylish, each month there is a different color! There is also an internal pouch with a zipper!
The second item is a beautiful shirt that has beautiful wings and a heart on the front that signifiies how God's hand is on each one of us. On the back is the website for Mercy  House. Not only stylish, but a fantastic advertisement for Mercy House! 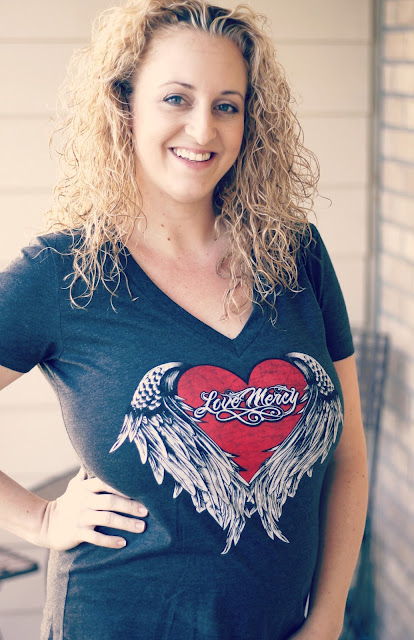 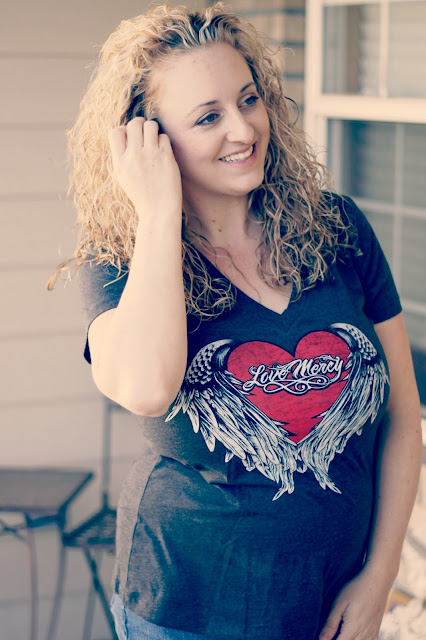 Mercy Shop offers FREE shipping if you spend over $50, just put BIGSPENDER in the code at checkout!
And because this is all just so cool, I'm going to be giving away one of their Farmhouse Totes!
Just leave a comment below telling me something you learned about Mercy House after visiting their website and I will let random.org choose a winner on MONDAY March 18th!