They will be TWO next month, and  I swear I just had them and I swear we just celebrated birthday number ONE.

This kid is smart. He can do puzzles by himself after being shown only once, he does the shape-sorter by himself like nobody's business, and the even cooler part is that he names most of the shapes as he puts them in "circle" "diamond" etc. And we didn't "sit down and work on it" we just play and do things together and they are little sponges at this age.
He puts many words together, and communicates extremely well.
"More please" "Mommy's shoes" "Stinky diaper" etc etc.

He loves to copy people, but he's the instigator when it comes to mischief which is so funny to me, since he is such a copycat in everything else.
He will pull out the drawer for them to climb on the stove, he will push the chair over to the TV to climb up.

He loves to read books and label everything he sees, his vocabulary is just huge. He is still pretty shy around most people, but when he's comfortable he's a goofball. He loves to run and has recently learned to jump off both feet at the same time!

He loves to snuggle, almost always wakes up happy and loves his sleep. He is pretty stubborn and doesn't seem to care if he gets in trouble (hold me now)

Camden recently got attached to his blanket, bear and doggy he's had with him since birth. I love it because his "lovie" and bear are what my Mom made him, and his doggy aka "fuff fuff" is what Jack brought him when they were born.

He is a pretty good eater, but he throws food still. This is a major area of frustration for us as we try to figure out how to handle it. He's still hungry, and he will eat a bite and then throw five. Jack never did this, and Christian only does it if he sees Camden but not as often.

He fits pretty perfectly in size 24 month clothes, with the pants just being a tad long. Still in size 3 diapers. He's gone potty twice in the toilet, but I have no intentions of actually "potty training" them for at least several more months. When they are ready, they are ready and none of us need stress in our lives and at this point it would be just because I'm done with diapers and not because they are really ready to do it. 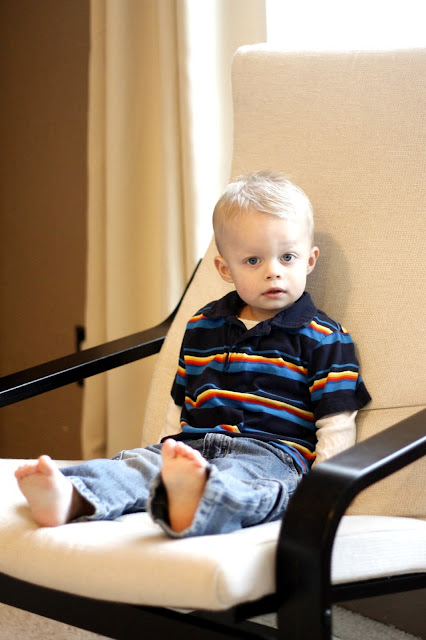 This kid is smart. He's always jabbered this crazy way, but now full sentences are coming out.
"I went stinky" "I just went potty" "I need to wear shoes" "Hello, are you there?" "Where's Jack?"
It's really so awesome and hilarious because it just comes out!
He can also count to 11 which we didn't teach him "on purpose" we just count as we go, and Jack is always counting, so it was so awesome to hear him bust it out one day. Jack counted and knew his shapes and colors extremely early as well, so they are just taking after big brother!

He's been jumping off two feet for months now, I think his smallness helps :0)

He is very social. Will go up to anyone and say hi, wants to be around people, usually isn't uncomfortable without Mommy or Daddy around and takes to new situations really well. He will let anyone pick him up and loves to be a part of anything. I was like this when I was little :)

He loves to dance, sing and make music. Trevor said he has it, he has rhythm and will be musical in some sense naturally. He is still super skinny. We are trying to add in good fats where we can, coconut oil mixed in with things, butter and whole milk. He would eat fruits and veggies all day long and he moves a million miles a minute so I think he just has a super fast metabolism and he's just slender. We'll see what pediatrician says next month, but she's never been concerned because he's healthy and growing on his own curve :)

He doesn't like to be in trouble, loves to give kisses and say sorry.

The kid can throw a ball like nobody's business. Like, he has an arm. I think he's gonna be athletic and musical like Daddy....at least I've helped out in the athletic department as we all know I can't carry a tune. 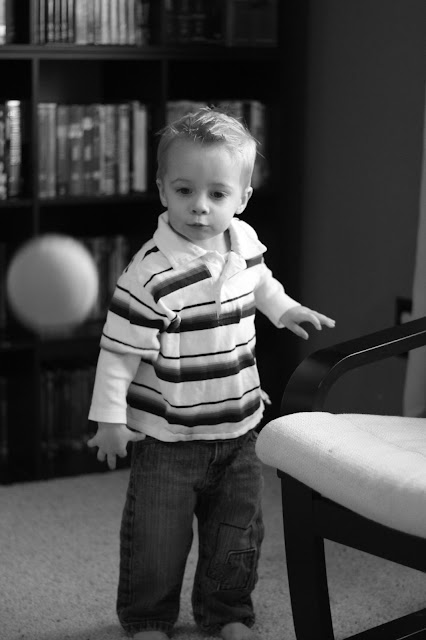 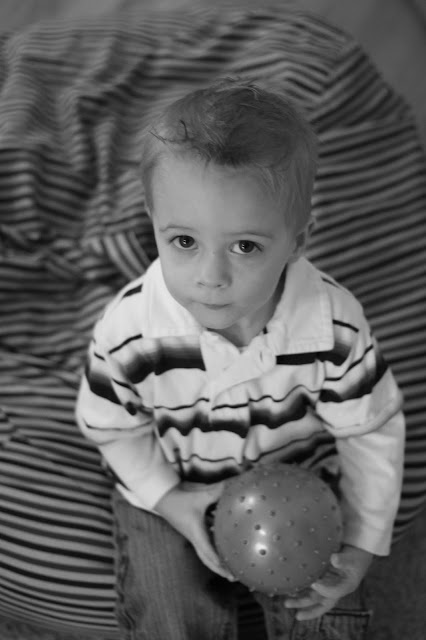 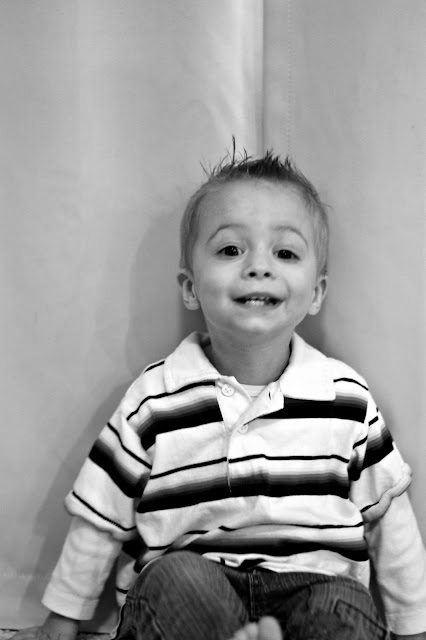 They are playing together a lot more, which is just awesome to see. I think it's so neat that twins have this built in buddy, they've had to learn to share from the beginning and because of always having someone around they move from parallel play to actually playing with one another much sooner than a singleton.

We weaned them from their pacifiers cold turkey for naps, and they really did good. We tried for night time, but it was rough so we are taking a break and will try again soon. We'd love to be "paci free" by 2.

They have still been going to bed around 7pm up at 7am, with a nap from 12-2ish. Christian has been waking much earlier lately for some reason, but since they are still in cribs...we just leave them in there until 7:00. They talk to each other and jump in bed and are goofy. I plan on keeping them in their cribs until they are 15. Just joking, not really.

I am so ready for them to outgrow this crazy stage of scale everything and get into everything. I was encouraged by Shelly who reminded me when her twins started easing up in that area and I know it's coming soon....

They are seriously funny, and gorgeous and they adore Jack. They would follow him anywhere which delights and scares me all at the same time.

Happy 23 months boys! You delight me every day.