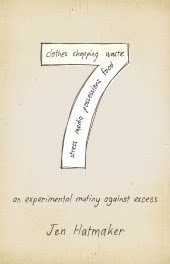 Month 3: Spending- is complete!
As you may remember, September was our "spending" month. We picked 7 places to spend our money and that was it.
We picked
1) Bills
2) Doctors,
3) Costco
4) Food 4 Less (local grocery store)
5) Super-Walmart,
6) Target
7) 7 Oaks (local farm)
We have really been trying to get into a good budget groove for awhile, and using only cash.
The thing is, life just doesn't always work that way and you will always get thrown a curve-ball and even the best of intentions sometimes don't work.
With just 7 places on our list this past month, we knew this would be the perfect time to really hammer out a good budget and see what it looked like at the end of the month.
We don't spend money in a lot of places, we aren't buying clothes or accessories, we would grab a coffee or two out maybe twice a month, I don't tan or get nails done or hair highlighted.
We would grab dinner out once or twice and that's it.
All this to say, we felt we really were doing well.
And we were. But this past month we did AMAZING.
Honestly, it was freeing. I know that sounds silly. To be restricted to 7 places and feel free?
Well, we couldn't spend money there, so there was no pressure of doing it at all.
We realized that we often would grab a bite here or there even if it was just a few bucks out of convenience.
We would grab that coffee and grab that book on sale.
Guess what folks? That adds up.
We made our last payment to Jack's school (private Christian school)
tithed and fed our family and were on budget for the first time in months!
We were so excited to see that and to see how we will be paying this debt off!
Debt was something we never intended (does anyone?!) and it happened in the blink of an eye.
I left my job to be a stay-at-home Mom, we moved from apartment to a house and then Jack was born and placed in the NICU and in one month we were under and have spend the past 4 years in that way.
We are determined to get out and we are hoping to by next August. No, we are praying to.
So, was this month easy? Actually...because of what we saw it doing to our bank account...yes.
Was it always convenient? No.
But isn't that the point? To get out of this mindset that convenience is good and that we should have all we want or need.
What does need even mean?
I started taking a calculator with me to the grocery store and track everything. If we don't have cash for it, it doesn't go in the cart.
That meant I smelled like my husband for a week because I was out of deodorant.
That means that right now we don't have q-tips.
That meant that I had to change our dinner to pasta again instead of enchiladas.
It meant that we had no face wash for a week.
It meant I bought the super cheap diapers from Walmart instead of Huggies from Costco.
Big Deal.
I thought we were cutting back on all we could, and now I see there is always room to improve.
So, what does that mean?
That means that for the most part...we are sticking with 7 places.
Not all the time 100% because that just won't be realistic for a year, but as much as we can.
This means we say NO to a lot so that later we can say YES to more.
And by more I mean:
More giving, more sponsor kids, not more for us.
It means no to that football game ($15 for two tickets and a snack)
No to taking a meal to another family, even though it's a great thing! ($18 in extra grocery money)
No to coffee outside of the home ($4 a drink)
No to eating out, even if it is just $5 drive-thru
October looks different because we are traveling a lot and yet, even in that we are much more conscience of what we are doing.
I am so grateful for this month and I had no idea it would turn out this way.
October is all about waste.
For whatever reason, it's become a Left Wing/Right Wing thing and the reality is, we need to be taking care of this planet.
We are focusing on recyling better, not using plastic bags or paper towels, only using one car as much as we possibly can, buying thrift and local when we can and conserving water/energy better.
"Adopt seven substantial habits for a greener life"
Here is a little blurb from Jen:
Enough with the obscene excess while the rest of the world is burning down outside our windows. Enough with the waste as 25,000 people die today of hunger, while I throw away another pound of food we didn't get around to eating. Enough with the debt, the spending, the amassing, the irresponsibility, the indulgence, the fake discipleship, the rat race, the hamster wheel, the power and positioning and posturing with a hunger still for more, more, more, all the while pretending to follow a Jesus who didn't even have a place to lay his head.
If you want to read about what we have done so far, here are the links!
Deciding to do 7
Month One: Possesions
Month Two: Media