17 Month Update!
(totally boring unless you are family I am sure!
You can skip down to the adorable pictures if you want!) 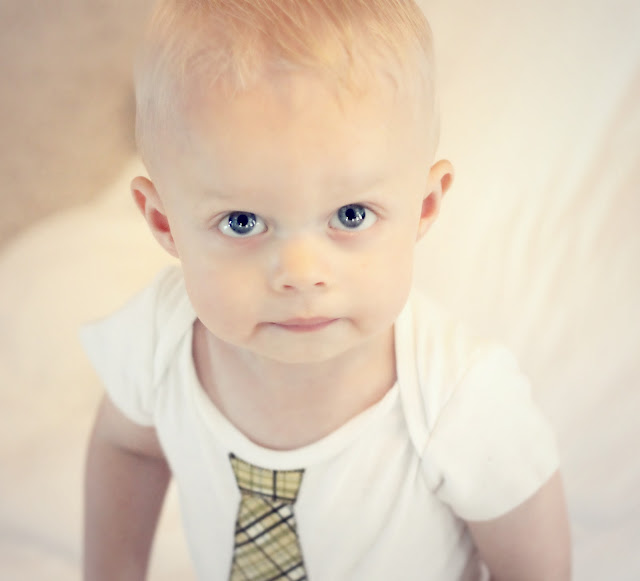 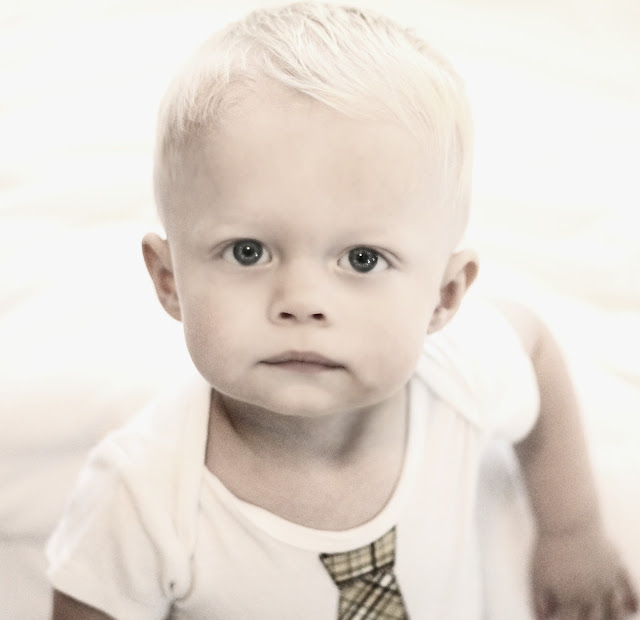 He is a copycat. Anything Christian does, he tries too. He also pushes his brothers buttons. He likes to get in their faces and be all lovey and sometimes they just aren't in the mood, but that doesn't deter him. He is such a happy waker, he jumps up ready for the day. He still loves his sleep. He and Christian are now napping together. Mostly because Camden dunked the other monitor in the water table and so without the monitor for Jack's room, I can't hear if he is awake. We knew eventually this needed to happen, to give Jack full use of his room again, but Camden decided that it was time. Camden is a food thrower and a food shover. He shovels in his food as fast as possible and then either a) chokes and then spits it all out or b)takes 5 minutes to chew it all and while he's chewing he proceeds to throw the rest of his food on the floor and then asks for more once he has swallowed his mouthful.

Camden is climbing onto the sofa and we are teaching them to sit on their bottoms only. Jack learned this in 6 days and then never climbed on anything else or stood on the sofa again. These boys are a different breed. We are heading into our third week of them learning how to get up onto the sofa and they are still standing and jumping. Now, it would just be funny and silly if that were it. Unfortunately they haven't learned that falling off could hurt, so they try to jump off the edge of the couch, or just fall off. I have caught them in mid air heading to the hardwood floor several times. I can honestly spend 20 minutes telling them "no, on your bottom please" and they just don't give a rip. It is utterly exhausting and if it was safe, I wouldn't care so much, but it isn't and they really could get badly hurt (bumps and bruises happen, yes, but this would be a serious fall)

If it's not the sofa, it's the dining room chairs and then onto the table. Or the water table outside. Or the other chairs.

So, we have removed a chair, the train table, an ottoman and the dining room chairs (on the back porch until we need them) to try and keep Mommy sane and them safe. For real.

Camden actually crawls onto the sofa, stands up and says "No". He knows what he is doing!
So, we are implementing time outs in their rawest form to try and be consistent and teach them they just can't not listen. I am pooped to say the least at the end of the day.

These are his words:
Ball
All-done
What's That?
Kitty
Cookie
Dada
Mama
Uh Oh
No
Shoe
Night Night
Yoda
R2
Banana
Belly Button
Airplane
Up
Pooh
Wow
Auntie
Da (what they call Jack)
Bubbles
He is getting tall, we have really noticed a little growth spurt. He got pinkeye last week (we have no clue where from) and when they weighed him I was happy to see he finally broke the 20lb mark! Yippee :)
He is wearing 12 months clothes still, and some 18 month pajamas. Size 3 diapers and size 4 shoes.
Christian 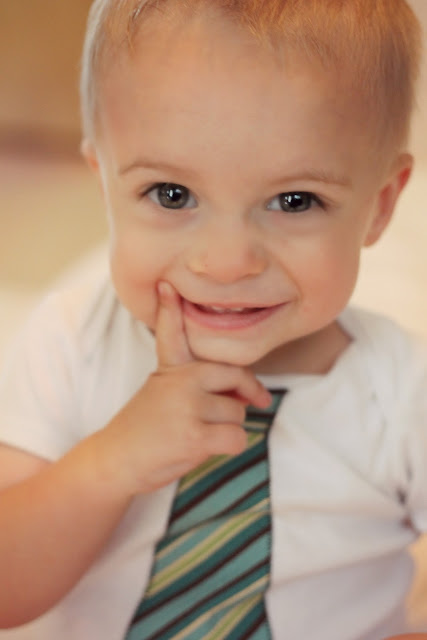 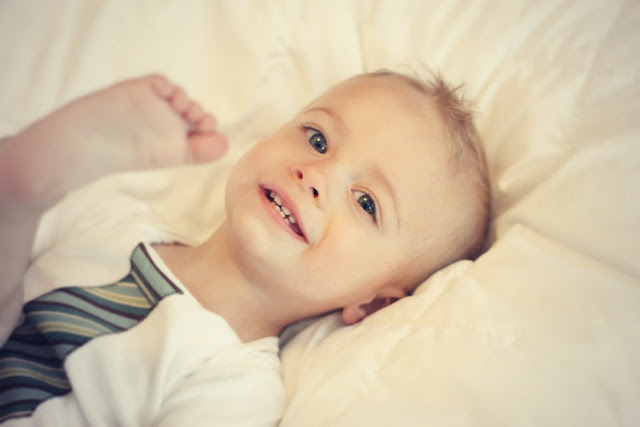 He is the main climber. He is the one that freaks me out the most. He's getting better at sitting on the sofa, but he just has no fear really. He is a great eater and loves to eat with his fork. He still just doesn't need as much sleep as Camden does, and most of the time wakes up super grumpy. He is one of those people that needs to slowly wake up on their own time and probably will eventually need coffee first thing in the morning. If his brothers are too cheery for him, he will throw a fit. He is the worlds best tantrum thrower. In fact, he will start it and then run to find a soft place to throw his body down and proceed to thrash and cry until he is quite pleased with his performance.
The kid is a snuggler though, and I love that he has that side to counter his crazy side. He is still super tiny, but he eats and drinks a ton. He is just one little calorie burning machine.
He and Jack still really do have a special little bond and love to play rough.
He and Camden are starting to chat more and more and seem to communicate when sharing things back and forth. It's super adorable.
Christian says all the same words Camden says as well as "Yeah!".
You will say, "Hey Christian, are you hungry?
"Yeah!"
Or he will blabber on about something, using his hands and eyes to express himself and you will ask him a question after and he will say "Yeah!"
It is awesome.
We are in the middle of transitioning to one nap, and it is tough.
Christian was definitely showing signs of needing to transition by not really taking a second nap, or taking a poor one at that.
Camden really could go down whenever you want, so we decided now was the time.
They were napping at 9/1 and we slowly moved that morning nap back and back until it was at 12, and then dropped the second nap all together.
This is what we did with Jack and it worked after a few rough weeks.
We have had some days of two naps if I can tell they are super overtired, or woke up too early.
Hopefully soon, it will be one nice long nap in the middle of the day.
Jack is flexible too and thank goodness still loves his naps, so they all go down together (and that is how I am blogging right now!)
Bedtime is 7pm and they wake between 6:30-7:00am
Next month they are officially a year and a half and I remember with Jack that age was a blast, and really even more fun from there on out!
I know this stage is tough as they are learning boundaries and testing waters and that it will pass. I love having Jack ahead of them so I can see and remind myself it's not forever :)
I know each stage with twins will be a whole new challenge, and different, but it does help to have walked through the ages before.
We don't go out a ton (unless it's to the store for an errand or groceries or a quick trip to the Library) because they (mostly Camden) aren't content to just sit in the stroller anymore (and why would they be?!)
Going to a park or some other place like that is near impossible if I don't have help, otherwise I'm just chasing them in opposite directions because all they want to do is run (and not toward the same thing) and then Jack has no one to push him on the swings or keep and eye out for him and it turns into an exhausting no fun trip. So, yeah, that's where we are right now :)

It's not the same hard as it was when they were newborns and we were sleep deprived, but it is harder than it was just 5 months ago. It's a new kind of hard, but it is hard.
So no, it isn't easier...it's just different.


Watching them grow into this little people is amazing, and they change on a daily basis.
I am so stinkin' glad to be their Mama.
I stare at them all day long, I am a creeper Mama.
Seriously though, how did we get three gorgeous boys?! I mean really....they are all three so darn gorgeous. 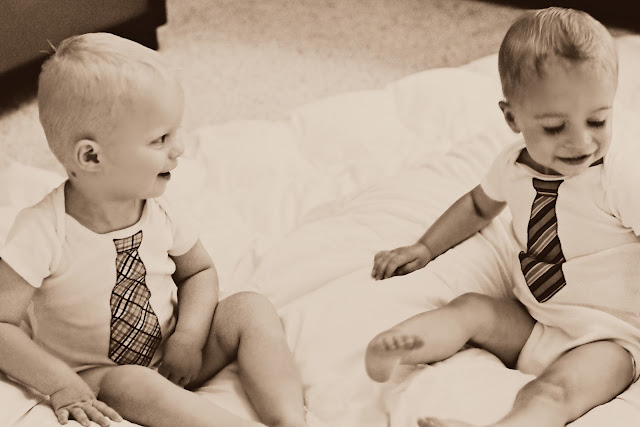 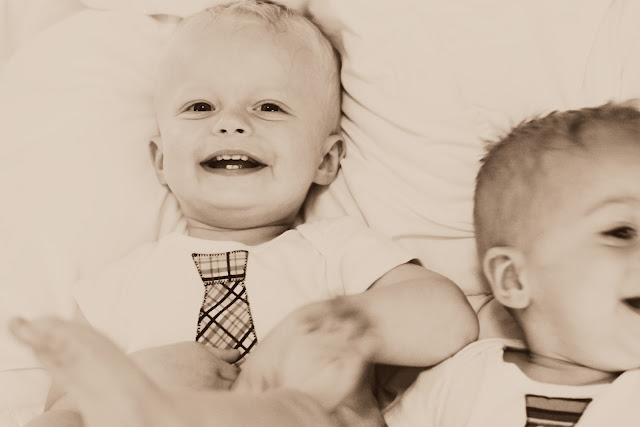 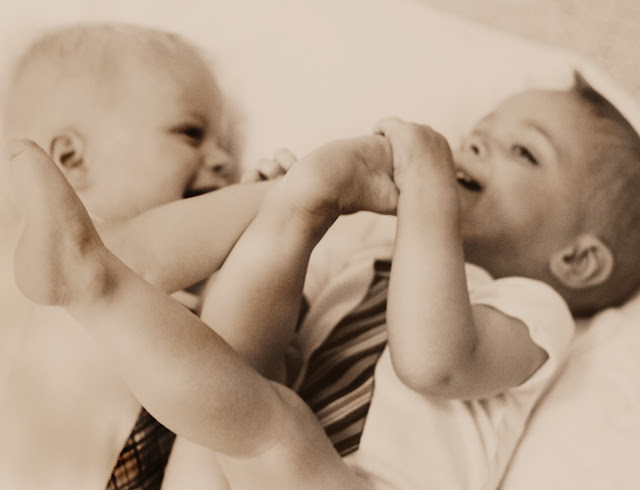 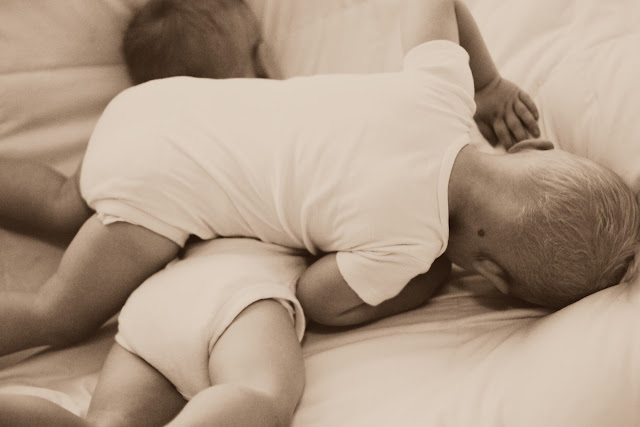 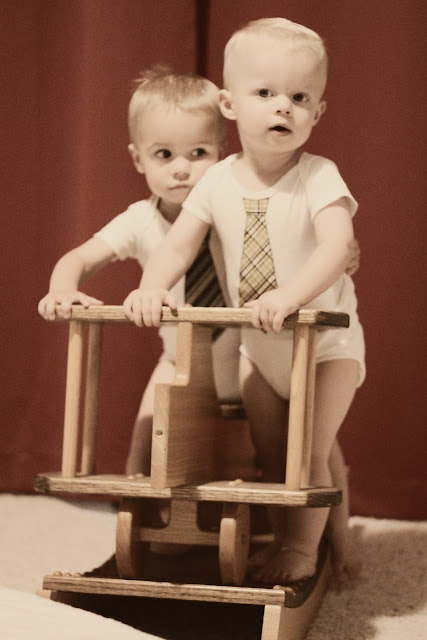 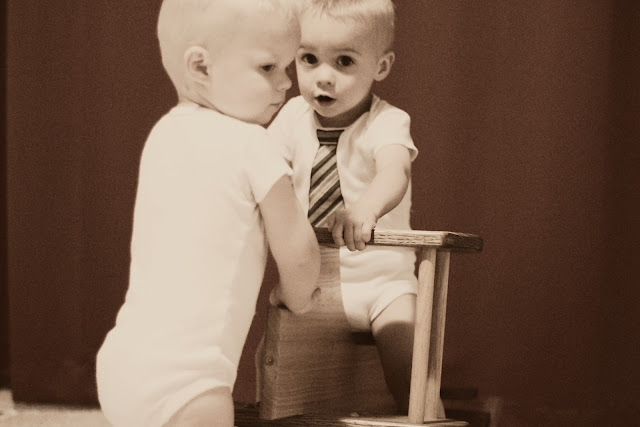