June 26, 2012
From a few of my latest posts you know that God is doing some stuff in our lives and in our hearts, and while we can't put a "what" on that part of it right now because we are waiting on Him for what the what even means (did ya follow that?! ha!)  we can prepare our hearts and our lives.
We were extrememly challenged by Jen Hatmaker's book 7. It's not meant to be a formula or a "this is how to do it" type thing, but it definitely hit home. So, along with two other families, we are doing our own "7" starting July 1st.
We are kind of meshing 7 and Love Does and some of our own stuff in there, but the concept is the same. It's a fasting from something in order to clear space in our hearts, and time for Him.
We are doing it with two other families for accountability and while I will be letting you know what's going on, most blogging about this subject will be at a new and differnent location that will be a collaberation between our families. We have 3 different circumstances within our families, and to see what God does for each of us will be pretty incredible. We won't be blogging and publishing while we are fasting from the certain things, but the posts will be delayed a bit. Hope that makes sense.
Here are a few links to Jen's book 7:

American life can be excessive, to say the least. That’s what Jen Hatmaker had to admit after taking in hurricane victims who commented on the extravagance of her family’s upper middle class home. She once considered herself unmotivated by the lure of prosperity, but upon being called “rich” by an undeniably poor child, evidence to the contrary mounted, and a social experiment turned spiritual was born.


7 is the true story of how Jen (along with her husband and her children to varying degrees) took seven months, identified seven areas of excess, and made seven simple choices to fight back against the modern-day diseases of greed, materialism, and overindulgence.


Food. Clothes. Spending. Media. Possessions. Waste. Stress. They would spend thirty days on each topic, boiling it down to the number seven. Only eat seven foods, wear seven articles of clothing, and spend money in seven places. Eliminate use of seven media types, give away seven things each day for one month, adopt seven green habits, and observe “seven sacred pauses.” So, what’s the payoff from living a deeply reduced life? It’s the discovery of a greatly increased God—a call toward Christ-like simplicity and generosity that transcends social experiment to become a radically better existence.


Buy your book by clicking this widget below!

Here is the info about the Love Does book as well:

You don’t need another Christian message or a self-help book. You need to have your paradigms about the world shifted into truth. That’s exactly what you get in Love Does. Have you ever noticed that the real change in your life-the growth that sticks and becomes a part of you-never happens with a program or the sheer grit of your best efforts? It happens over time, like a glacier slowly carving valleys through the mountains.
In this book of compelling stories coupled with eye-opening truths, author Bob Goff shows you a new way to live, a way that’s drenched with the whimsy of God’s love and the spontaneity of following where he leads when he says “Go!” In this book, you learn what it looks like to be secretly incredible and advance God’s kingdom everywhere you are and wherever you’re going.
For anyone who’s wanted to change the world but thought they needed money, a committee, and permission to get started, Love Does shows what can happen when you decide to do instead of plan, act instead of strategize, and fiercely, invisibly fight for the possibility God has gifted you to uniquely see.

Buy your own copy with the link below!

And how about a picture of my adorable children, eh? 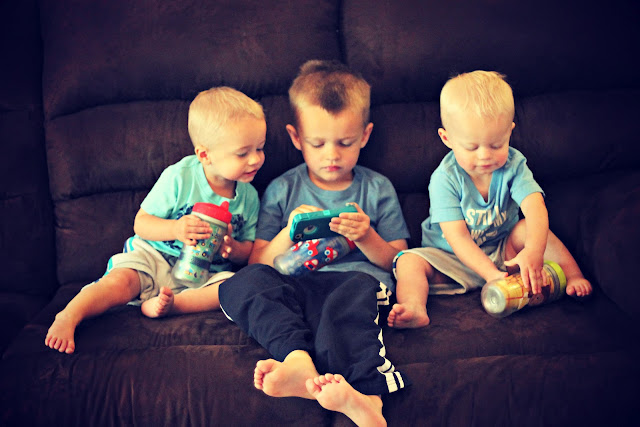