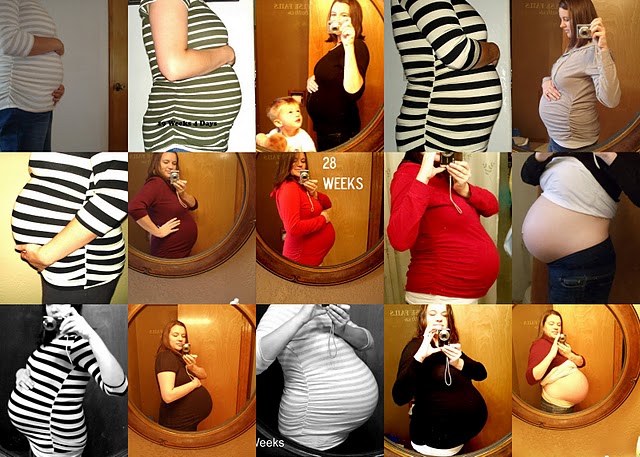 The Belly
I had really hoped and prayed for a vaginally delivery, but these boys got set into their positions around 20 weeks and never moved. My OB was scheduled to be out of town my 37th week, and I was already dilated to a 3, having lots of contractions, and the NST's (non-stress tests) were starting to look a bit iffy. So, we scheduled my c-section for February 10th at 7:30 in the morning, when I was 36 weeks and 3 days.

My sweetie and I drove to the hospital, rocking out to some MJ and Toby Mac! As we got there, my Dad pulled in and later my sweet friend Lacie who was there to photograph the day! Followed by her, was my in-laws and my close friend Helen. My sweet Mama was home with Jack!
We seriously rocked out to all sorts of awesome tunes, the spirit in the room was celebratory and loud! After getting all prepped, Trevor and I walked down the hall and into the O.R.

Just a few minutes past 7:30 my second born, twin A, entered the world! 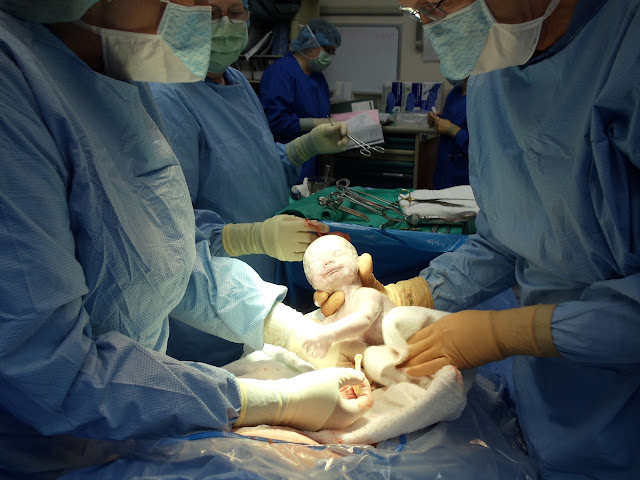 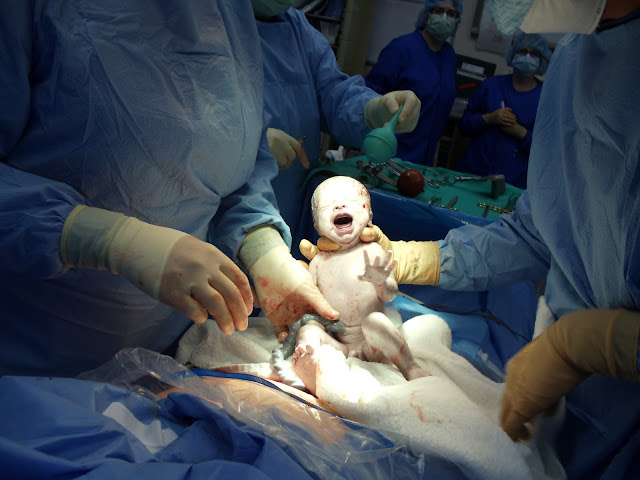 Christian Grant at 5lbs 4 oz and 18 inches long
It was incredible. It was amazing. Other than puking throughout the surgery and feeling totally exhausted from the medications already, I was in heaven. They did not need any NICU time, and we were so relieved! We headed back to our room, I started nursing and soon after our whole family came in to celebrate these new lives!
The next 4 days were a blur. I was so exhausted, but could not sleep. I was going on about 6 total hours after 3 days. We were going to be released on Valentines Day and they took the boys for their car seat tests. Christian failed, miserably. They decided to check him out a bit further and found that he was doing 'periodic breathing'. He was slowing down so much, that at times his oxygen level was dropping into the 60's! We had no clue. He had been checked over numerous times by nurses and pediatricians, so this was a shock. He was quickly admitted to the NICU just hours before we were to go home.

Camden passed his car seat test, but his bilirubin levels were so high he needed phototherapy. He was also admitted to the NICU.

It was awful. I wept. We left that day with no babies. My heart hurt so bad, but I was thankful to be going home to Jack.

I spent the next week running to and from the hospital, learning to breastfeed them at the same time, pumping, bottle feeding, etc. It was beyond exhausting. Christian was given a dose of caffeine and put on air flow and a small amount of oxygen.
Camden struggled to gain weight, but after 8 days he was released doing perfectly.
Christian improved dramatically and was released on day 10 with no issues whatsoever.
Their birth was not the way I had planned, nor the following two weeks. But their issues were only due to slight prematurity, and I am so thankful they are healthy and thriving!


To read my announcement on expecting twins and then to follow my pregnancy, click here and work your way forward :)