June 10, 2012
You all, it was crazy. They turned 16 months last Sunday and I swear, a little switch flipped and they became crazy monster toddlers. Here was the first few hours of my morning with them:

Mommy's making pancakes, griddle plugged into side outlet, we can now reach that, so we should. Mommy spends 15 minutes teaching us "no" and "do not touch that". Mommy can see before her, the hot griddle going down on top of us because we are pulling the cord. Mommy thinks the placement of this outlet is dumb. We scream and scream and throw massive tantrums until our pancakes are done and we have now moved on.

We decide throwing our pumpkin pancakes all over the floor is much more fun than eating them, even if they were special pancakes and not the usual ones she makes and even if it did take her twice as long to make them.

Mommy catches Christian with his skinny little arm in the cupboard, hehe there IS a child lock on it, but Christian can squeeze his arm in there and he grabbed the canister that Daddy forgot to close and pulled it. It had popcorn kernels in it. It's now all over the floor and we have hardwood! Enter: bouncing kernels everywhere while Mommy scrambles to keep us from eating them. That was fun!

Oooh, lunch time! I can reach Jack's bowl of mac and cheese, so I do, and I (Camden) proceed to dump that all over myself and the floor. I wonder why Mommy even spends the time cleaning this floor.

Seriously though, they are crazy people! Tantrums, and fighting, and stealing toys and clobbering one another. It's crazy and I am beginning to realize that short period of "this is much easier than it was when they were infants" is over...it's a different hard. It's a "they don't like to be strapped down or held, and aren't content to just chill in a stroller, and when we get let out we will run as fast as we can in opposite directions because we can" hard.
I knew this was coming, but it came fast and I felt as if no one warned me. Shame upon you Moms with toddlers, shame! ;)


The best part is, they are developing their personalities at lightning speed. 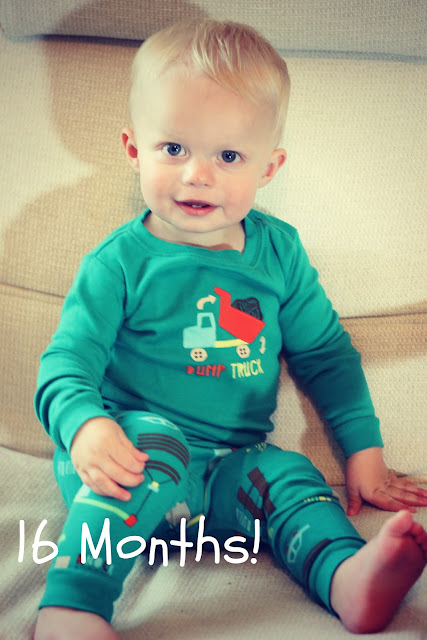 This kid is funny. He is like a little class clown already. And the coolest part is, he knows he's funny. He does the weirdest things and they just crack him up!! He loves to chase his brothers and give them big hugs, the don't always appreciate the love.
He loves to put hats on, play with empty bubble jars, climb up anything he can, and find the cat. Poor cat. I asked him the other day to go get a book for Mommy, and he took off down the hall, when into Jack's room, got a book and brought it back to me. Love.

Lots of new words, lots of fun. He is still the cautious one, but he has totally broken out of that "I'm severely attached to my Mommy stage" and now everyone else is getting to see his fabulous personality too. 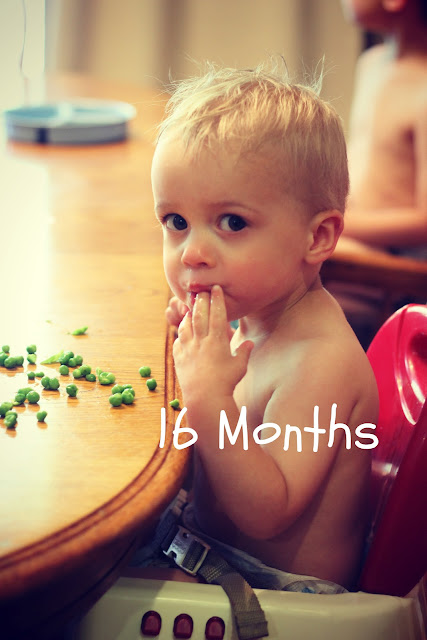 Spit.Fire. No other way around it. This little dude is full of energy and laughs. He and Jack love to play rough, love to run and chase and wrestle. He isn't afraid of a thing and he is fast. He loves to read books and he is the biggest chatterbox of a child I have ever seen, and so many people say the same thing.
Lots and lots of new words, loves eating with a fork, loves to snuggle. That's the best.

He hates it when anyone leaves, and makes everyone feel as if they are the most important person in the world. He finally outgrew his size 3 shoes :)


We are still feeding them whipping cream, half and half and ovatine in their milks. Trying to fatten them up, but they are little calorie burners and I so wish I could take some of that for myself :)


They love to be outside. We have a great and safe setup in the backyard and they live out there most days.

They are a ton of work, but they are so so so worth it.
In two months we celebrate Jack's 4th birthday and they will be 18 months and I am in awe of the time.

At the end of the morning last Sunday, I lied down in the front room, totally defeated by the toddlers who rule me and laughed. I just laughed and laughed because of the hilarity, the blessing and the craziness that is my life. I wouldn't change a darn thing.


PS: They don't really sit still for long, so that is as good as 16 month pictures get. Camden is much more apt to pose, while most every picture of Christian is a blur.