May 12, 2012
The twins turned 15 months on Thursday. It just seems sort of surreal at this point, that they are this age. We had our 15 month check-up Friday and with my guest piece over here on the blog yesterday, that is why we are two days late! :) 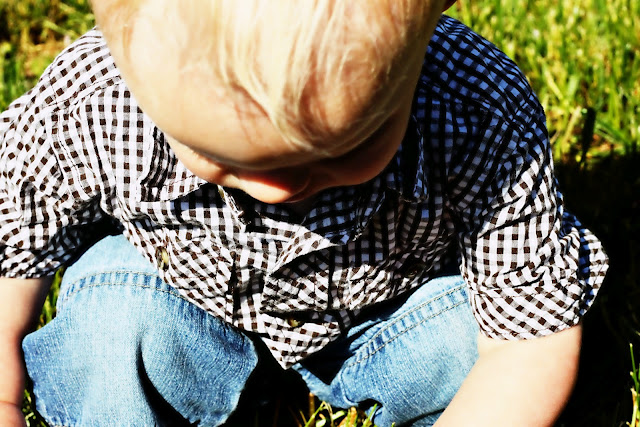 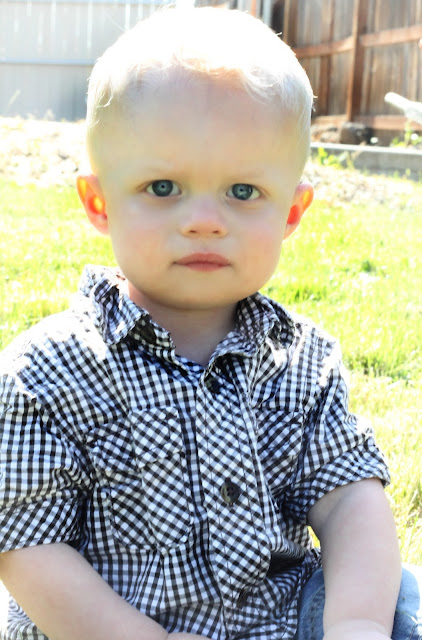 New things this month: Climbing (thank you Christian for teaching him) saying, "What's that?" (again, he got that from Christian) he will go over to Trev, get close, turn around and back up into him and sit down, it's like he's a little puppy curling up at his feet, it's so adorable. He loves to throw balls, play cars on the floor, complete with car noises, he loves to eat and will ask for a "gookie" aka cookie all day long (now, gookie can mean anything from a cracker to a drink to an actual cookie) He snuggles his brother when he's crying and he loves to find belly buttons. He said "Nama" (my Mom's name from the kids) and that pretty much made her day. He is great at mimicking sounds and making noises and really pays attention to how you talk, like he's really trying to get it right. Sleeping and eating all about the same as usual.
He is still such a Mama's boy and can be a tad whiny at times, mostly because he just wants my attention all the time and I'm hoping that he outgrows that real soon!!
He has become quite the big hugger these days and you know you've got Camden when he gives you a big grin :) 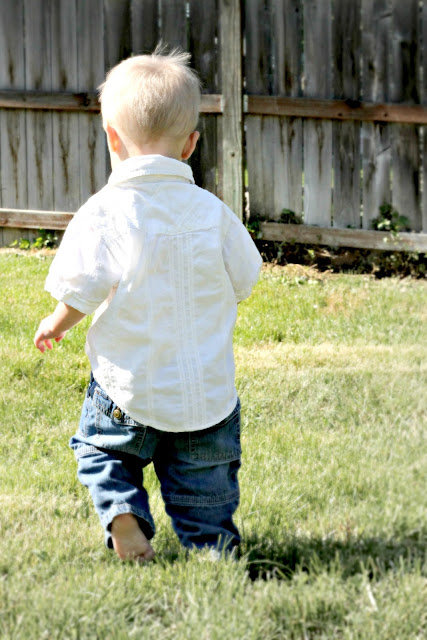 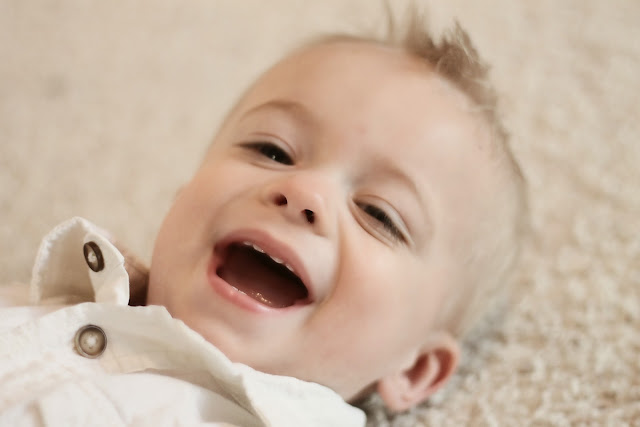 
New things this month: Running, full on running. He walked really fast in the past months, but this is really running. He says, "What's that?" all the time. He said "Auntie" last week and he loves to be crazy with Jack. He thinks it's hilarious to whack anyone and anything so we are working on that! He loves loves loves to read books, and turns the pages and makes sure they are upright. He makes the cow noise and the chicken noise (monkey noise has been there for months now) and he and his brothers love to chase the cat.
He loves to snuggle on Camden, but usually post smack. So, he will smack him a few times, then lay his head on him and snuggle. It's so cute and odd and funny. Camden still isn't sure what he thinks about that.
He enjoys tossing things over the deck outside. Eating and sleeping about the same (7-7 most days)
He loves blueberries, Camden does not. They both love watermelon.

Since they are both pretty lean and super active, we are trying to fatten them up. We're putting half and half in their milk cups along with some Ovalitine! And butter and peanut butter on anything we can :) They are totally healthy, just petite (especially Christian)

They still just feel so little to me, and I admit I baby them....they are my babies and they are small and I just am enjoying them.....they are loving being outside almost everyday with Jack and being crazy on the cars and pushing eachother around and throwing balls and splashing in the water.
I hope and pray they become best friends fast.

And now for some pictures, which by the way are extremely hard to come by these days with how fast they move! This is as good as it gets!! 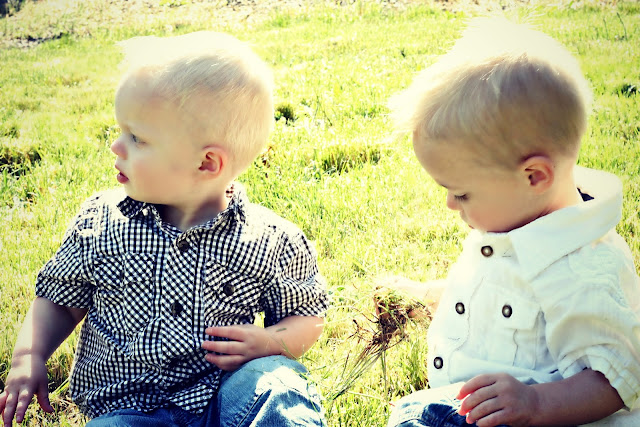 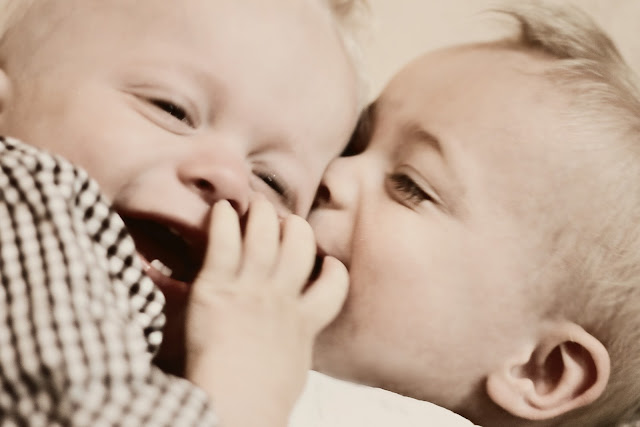 And since we all know it takes 5,000 shots to get 3 good ones, how about some outtakes?! 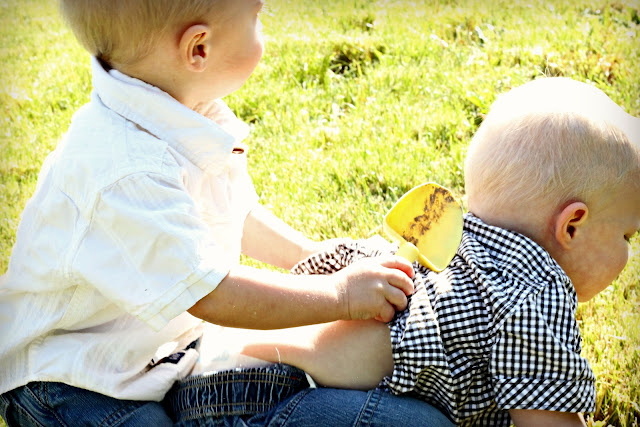 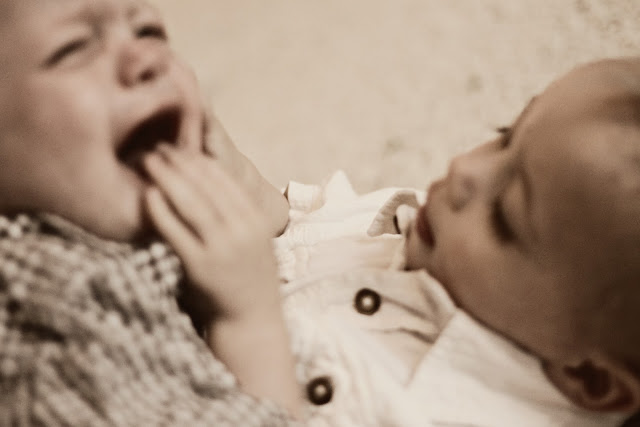