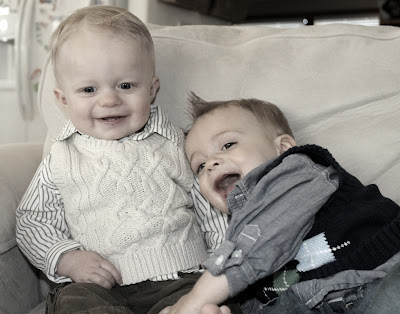 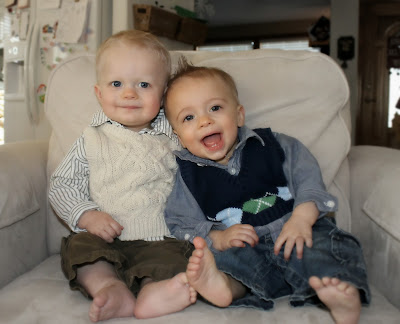 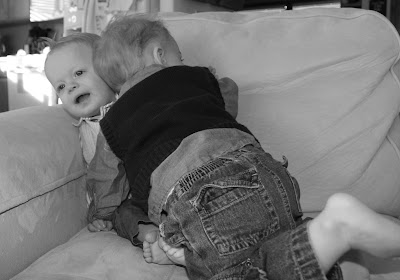 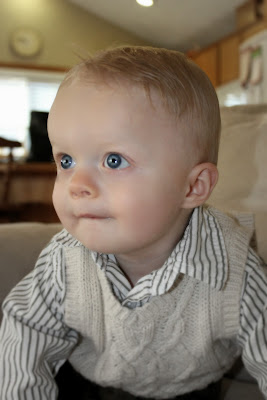 Oh my little bear who had the worst reflux. Puked up everything.
I thought I'd be feeding him bottles and purees until high school.
No longer I tell you!
This kid will only eat table food and usually only 2 bottles a day maximum!
He loves his grilled cheese, his chunks of fruit, green beans, cheerios, eggs etc etc etc. Really anything.
But he's kinda obsessed with the grilled cheese.
He just shovels it in.
He's still sleeping amazingly, 6-7am wake-up
9am nap until about 10:30
1pm nap until just after 2 and bedtime between 6-7pm!
Loves baths, his brothers, the cat, eating, crawling (yes he is actually crawling now and starting to pull himself up onto things!) and his mama.
Dislikes diaper changes, clothing changes, not being held by his mama, toys being stolen from him, and his brothers leaving him behind.
Christian 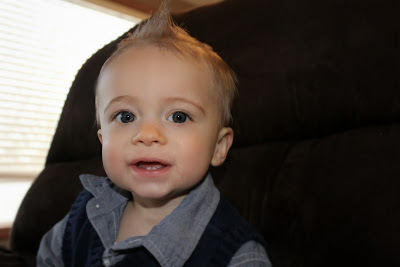 He still likes to be spoon fed, but is doing awesome with table food. Usually only get 1 bottle in him a day.
Starting to do better with a sippy cup.
Sleeps about the same as his brother, only usually one nap is much shorter than the other one.
He is cruising all over and standing on his own a lot but no steps yet!
He loves his brothers, getting into mischief, chasing people, laughing and snuggling.
Dislikes diaper changes, clothing changes, getting in the car seat, being put down for sleep and the vacuum.
They are so adorable together. They usually follow each other around, not straying too far from one another. The will go wherever Jack goes.
They've started jabbering a lot back and forth and making each other laugh...it's too cute for words.
They play the "pacifier switch" game. One will take the other's out and put it in his mouth, or just run away with it. And they will do this back and forth for a long time.
They fight over toys and throw tantrums
They don't like it if you are holding both of them, they want to be the "only one". So hilarious at 10 months.
They are doing fabulous.
And yes I am pinning away on Pinterest their birthday ideas! I am getting excited!
See, I'm not a real baby person...but I love from this age on!