1. Thinking about "seasons" lately. How we have seasons of friendships and for no particular reason, that season of friendship ends. No fight was had or argument between you. Life just moved...for both of you.
And that's okay. Sometimes it's hard to accept and you wonder why. I am an extremely loyal person. If I invest in you, I don't just move on. Other's do. It's hard sometimes. Learning to accept that is hard too. 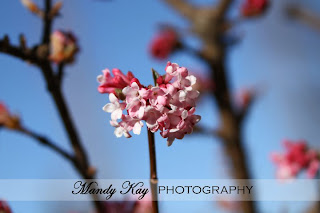 2. Thinking about forgiveness (don't worry, this whole post won't be so heavy). Thinking about forgiving others. And how hard that can be. I'm at a place right now (totally being vulnerable) where I know I need to do some forgiving, but I am struggling with it. At least I am acknowledging it....that's the first step I guess. I told Jesus and He's gonna have to get me to the next step, whatever and whenever that is. Forgiving is hard. Especially when it's not just "one thing" that needs to be forgiven. Especially when the person probably doesn't realize you haven't forgiven them. And especially when you are pretty sure this person has no clue they need to be forgiven. And even more...when it's family.
3. Pacifiers. See, told you it wouldn't all be heavy stuff. I have never been a big fan, but I know that they can be helpful for babies who like to suck and are soothed by it, but don't need to be sucking on you all day long. Jack liked his for about 5 months, but didn't need it for sleep. And then one day he was done. I thought, "oh, easy..." Well, enter Camden. Camden needs his pacifier. The sucking and swallowing of saliva is actually proven to be good for reflux. That's great, I don't mind that at all. What I do mind is that it falls out of his mouth all the time. And if he was asleep it wakes him up. And I end up having to pop it back in his mouth about 10 times a night. Ugh. I'm over it. Our pediatrician said it was still a bit too early to just let him cry (and I agree) But I am so exhausted from getting up to feed them still in the night, and then on top of that these little "rescues" are killing me! So I am thankful it soothes him, but blast it all.
4. I continue to realize that unless you have twins, you don't get it. And even more so twins and a toddler. You don't get why it's hard to get out, even with help. You don't get why we haven't "emerged" from the crypt yet. And that's okay, I don't expect you to. But be gracious and patient :) It isn't easy being stuck at home all day long.
5. Weekends are my favorite. The hubby and I take the boys out, at least to the grocery store and it's so nice to feel a bit normal. This last weekend we went to a restaurant for the first time as a whole clan. It felt good. It was a big deal. We took Jack when he was small out to restaurants. Again, unless you have twins you won't get that this is a big deal. :)
6. The twins are 3 months. I am still exclusively breastfeeding them. They get an occasional bottle of breast milk if we are on a date. Other than that...it's all me. I'm going to take this time to pat myself on the back. At this point with Jack my supply had dwindled and I was pumping and supplementing with formula for another month before it all dried up. And here I am, with twins no less, and still going strong. I was most afraid of breastfeeding twins. I was not too confident that I could do it. I made a goal of 3 months, and here we are. SO...my next goal is 6 months. I am pretty proud of myself :)
7. Tongue-Tied. We knew Camden was from the beginning, and knew most of his latch issues were related to this. We wanted to wait and see if it would stretch out on it's own. It hasn't. So we are getting it clipped in the coming weeks. I'm looking forward to things not hurting so bad when he breastfeeds! Although it sounds awful, it's a totally common procedure and there are little to no nerves in that area. Just a quick lil snip and we're done! :)
8. Vacation is coming. 2 weeks away....so ready for a change of pace and scenery. Praying the weather is good.
Happy Monday!