August 05, 2010
I cannot believe that Jack is 2 already. I know you say that every time they turn a year older...but it's true. And I swear this year went faster than the 1st!! If that is starting a trend....I just don't know about this! :)

Jack. What can I say about him? He's the most tender hearted little 2 year old I know. He has a sweet disposition, but he is downright funny! And the best part is...he knows he's funny, and he has for quite some time! And I claim those genes! :) He's stinkin' smart.....he's been counting to 10 and knows his colors and his left and right foot...and he's been doing this for awhile now. He speaks gibberish, but he also speaks in sentences....such as his first, "That is a trashcan". :) Told you he was funny!

He's tall, lean, blond hair, blue eyes and dimples that will make your heart skip a beat every time he smiles. He melts me. I cherish every moment with him, and now with 2 more on the way...these next 6 months are going to fly. And I want to live it up with him, more than I ever thought possible! Now, he won't remember life without them because he will be 2 1/2 when they are born. But I will, and the pictures will be there.

The day I found out I was pregnant was one of the happiest moments in my life. Finding out it was a boy, and knowing he would be my Jack, amazing. And when he was put on my chest right after he was born....there is nothing in the world like it.
Those next moments were incredibly hard as I had to watch him be whisked away to the NICU for breathing issues...being 4 weeks early, it was totally normal. But not what I had pictured. Those first few months were rough...he was a darn tough baby. But oh how I love him.
I sorta kinda like to think he's been SOOO darn good ever since then because he was SOOO darn tough at the start :)
He's a good eater, he loves to sleep and puts up no fights. He has never once gotten out of his big boy bed, and he's so tender hearted that in most cases, a raised voice is enough for him when he's in trouble.
YES...I am knocking on wood ;) Not really....I feel blessed. I know there will be issues, and days, and NO he is not perfect....but pretty darn close in my eyes.

Happy 2nd Birthday to my little man, who has me wrapped around his finger. I love you Jack Richmond Bowen! 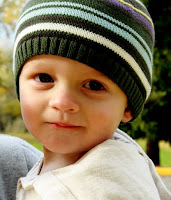